Truth is the daughter of time 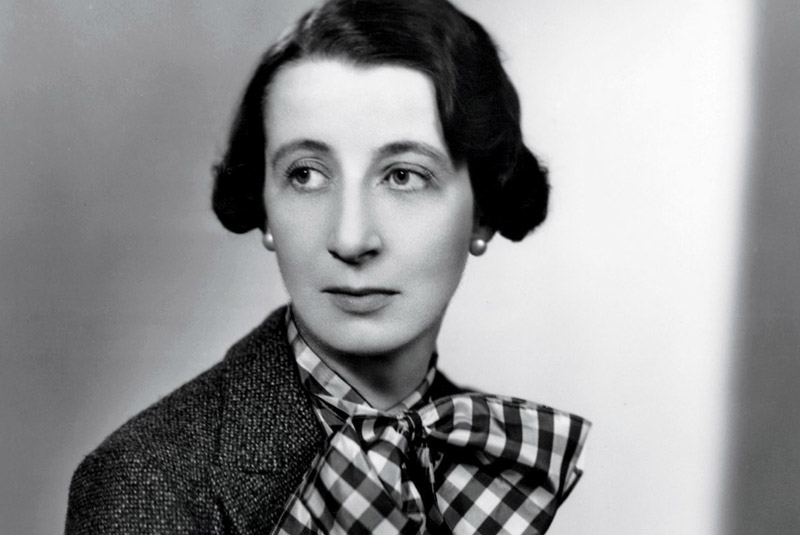 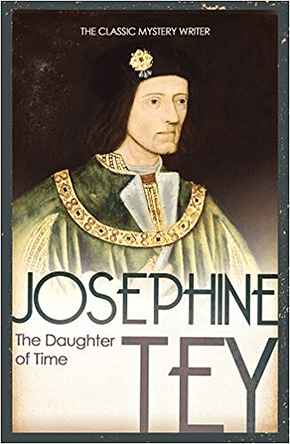 Inspector Alan Grant of Scotland Yard, recuperating from a broken leg, becomes fascinated with a contemporary portrait of Richard III that bears no relation to the Wicked Uncle of history.

This sentence is taken from the blurb to The Daughter Of Time, a 1951 novel by Josephine Tey, one of a number of pseudonyms used by Scottish crime writer Elizabeth Mackintosh. The recent news coverage of the reburial of Richard III had me reaching for my own battered copy of her book.  It is as popular today as it was in 1990 when the Crime Writers Association voted it the Greatest Mystery Novel of all time. That is quite an accolade and the final journey of a famously crippled skeleton from a council car park to Leicester Cathedral allows a fitting opportunity to reflect on Mackintosh’s work.  If you’ve never read her then I envy you your impending pleasure.

Mackintosh was born in Inverness in 1896. She was fiercely private and never gave a single interview.  A few publicity shots exist, but only because of her contractual obligations. For a woman about whom so little is known, her work casts an extraordinary shadow across the genre.  What a pity then that there is so little of it.  Her major breakthrough came in the form of a play, Richard of Bordeaux (1932) written under the pseudonym Gordon Daviot.  It was first performed at the New Theatre in the West End of London in 1933, with jobbing actor John Gielgud in the title role. Up until that point Gielgud had worked almost exclusively at the Old Vic Theatre, photographs of his performances still line the spiral staircase, but once he’d taken on the role that Mackintosh wrote for him his fame rocketed.  From that moment on he was a global star.  Mackintosh jumped between historical works and Inspector Grant mysteries until her death in 1952.  Her final work The Singing Sands was published posthumously. Her death was a complete shock to her closest friends.  She had kept the news of her liver cancer from them. Even Gielgud, with whom she had collaborated closely, read of her death in the newspaper.

It is impossible to visit the Old Vic and not think about her. On the same spiral staircase from which Gielgud stares down you can also see images of numerous productions of Richard III, the last starring Kevin Spacey who is about to step down as artistic director. His performance was astonishing and it did not shy away from the issue of the Princes in the Tower, the central theme of The Daughter Of Time, her undoubted masterpiece. Whilst convalescing from his injury Inspector Grant wonders whether the real Richard III deserves his reputation as a child-killing tyrant.  Whatever your own view I found the public interest in his reburial, and the pomp and circumstance which surrounded it really rather moving.  I wondered what Inspector Grant would have made of the spectacle.

Mackintosh’s second Inspector Grant novel, A Shilling For Candles (1936) contains an actress who leaves all her money to the National Trust. Mackintosh followed suit and when she died in 1952 she left her entire estate and writing earnings to the same cause.  That particular novel was adapted by Alfred Hitchcock and made into a feature film called Young and Innocent (UK) and The Girl Was Young (USA), such was the appeal of her work during its day.  It is perhaps the longevity and breadth of that appeal that fascinates because what she did was provide a single solitary bridge between the tail end of golden-age crime writing, and the more modern interpretations that came after.  If you read her work today, and I implore you to do so, you may be surprised at how modern it feels. Golden-age detective fiction is charactised by stereotypes. Everything has a place, whether it be a clue, a motive, or a piece of misdirection.  Characters were set, men were square jawed, and emotions were kept firmly under check. Mackintosh followed a different path, one she laid for herself. She took the traditional format and she sprinkled it with sexual deviation, homosexuality, androgyny and psychological intrigue. She flooded her characters with back stories that were relevant to them as characters, not just because the plot demanded it.  She created stories that didn’t rely on clever devices to drive them forward.  She let her characters inhabit a hitherto unexplored territory that dealt with psychological issues readers had never been forced to confront.  What I love the most though, is that she preferred unsettling endings to happy ones.  Taking comfort from her ground breaking approach, writers like Ruth Rendell charged over the bridge between the two genre styles and crime writing was forever different.

Elizabeth Mackintosh, whether as Josephine Tey or Gordon Daviot, is quite possibly the most brilliant,  modern and brave crime writer you have never heard of.  Just think, without her you might never have heard of John Gielgud either.