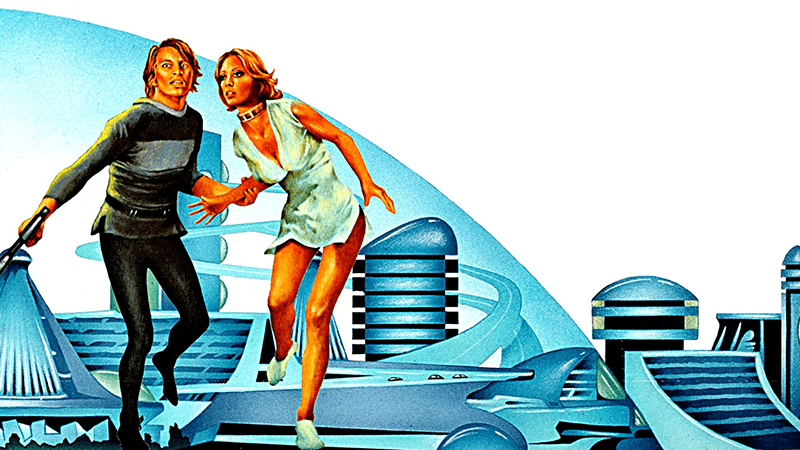 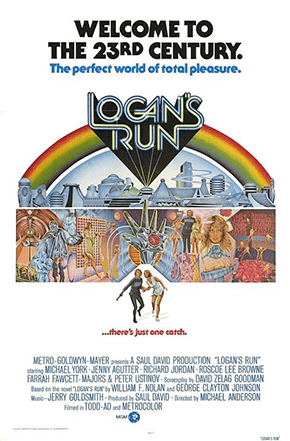 George Clayton Johnson passed away over the festive season.  He died on Christmas Day at the age of 86.  I hope the joy he gave to millions through his work was some source of comfort for his family.  His first writing break came in 1959 when he wrote the first of several episodes of Alfred Hitchcock Presents.  He wrote the novel Logan’s Run on which the 1976 cult classic film of the same name would be based.  He wrote the first television episode of Star Trek (1966) and he devised the story for the original Ocean’s Eleven film (1960).  He was also a regular contributor to The Twilight Zone.  As a writer you’d settle for a fraction of those writing credits and reading the touching obituaries over the holidays got me thinking about how little we’ve covered in terms of science fiction in this pages.  It might surprise you to learn that the science fiction detective story is a thriving part of the crime fiction genre.  In this post I wanted to explore this end of the wedge and also to take a brief look at cyberpunk which has become a sort of catch-all word used to describe works set in post-industrial dystopia that feel like a cross between film noir and detective fiction. Blade Runner (1982) would seem to suit the tag nicely. So, actually would Logan’s Run.

The novel that launched the cyberpunk genre is, arguably, Neuromancer, William Gibson’s astonishingly good 1984 debut novel. It won every science fiction award going and it also led to the Sprawl Trilogy which established Gibson as the noir prophet of cyberpunk.  The novels would go on to inspire The Matrix film trilogy.  I’ve long been fascinated by the marriage of science fiction and detective stories and the origins of this bizarre union go back further and deeper than you might think.  Whilst Robert Bloch made his name with Psycho (1960) he also wrote an early episode of Star Trek about Jack the Ripper.  Wolf in the Fold aired in 1967 barely a year after George Clayton Johnson had got the franchise off the ground. A Victorian serial killer in space. It shouldn’t work, but it really does. Just ask The Muppets. There are many nods to how successful this marriage has been, you just need to know where to look.  My favourite is the TARDIS. Time-travelling spaceship and Police box in one.  There is a very strong crime narrative running through Doctor Who.

A couple of years ago we looked at the bizarre world of animal noir, and in particular Jonathan Lethem’s 1994 novel Gun, With Occasional Music which features Joey Castle, a gun toting kangeroo plying his trade in a futuristic California.  It is hardboiled detective fiction with a science fiction twist and is really rather brilliant. Here then are two other examples of how the forces of science fiction and detective stories have combined to great effect.

The blend of fantasy, science fiction and crime fiction seems obvious when you stop and think about it.  I’ve long maintained that the entire Harry Potter franchise is one incredible crime narrative wrapped around a fantasy story.  It plays to the heart of the parodic nature of criminal against detective. Of good against evil.  Today genre blending is an accepted part of story telling.  Back in George Clayton Johnson’s day it was new and scarcely believable. Genre was supposed to be something that was locked down so that readers and viewers knew what to expect.  This is precisely why writers like Agatha Christie were so shocking in their day because they chose to ignore accepted conventions.  Writers who break the rules drive stories and story telling forward.  None more so than Johnson.  In 2003 he gave an interview for the Archive of American Television.  It was quoted in an obituary that Variety ran when he died.  Johnson said,

I want to be remembered as a person who early on in his life took control of his life and set goals. When people gave me a lined paper, I wrote the other way. When people expect some certain behavior from me, I will frustrate their expectations.