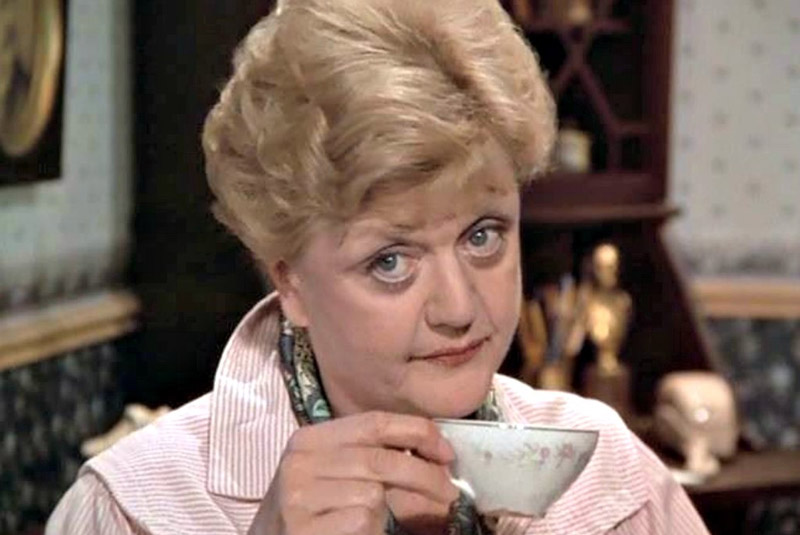 Earlier this week the awards spotlight lavished its annual attention on London’s theatreland in the form of the prestigious Olivier Awards. Kevin Spacey got one.  After just over a decade at the helm of the Old Vic he leaves the once bankrupt theatre in a once unfashionable part of town in the strongest position imaginable.  Record audience numbers and bulging coffers mean the theatre has no need to rely on public subsidy.  Lawrence Olivier was a former giant of the Old Vic stage. How fitting then that an award carrying his name was bestoyed upon its modern saviour. As deserving a recipient as Spacey was the biggest cheer of the night however went to Angela Lansbury who collected an award for her performance of Madame Arcani in Noel Coward’s Blithe Spirt. Lansbury turns 90 this year.  She won her first award, a Golden Globe, 70 years ago.  As careers go, hers is extraordinary.  Her award win this week will ensure that she gets a suitably extended and well deserved period in the spotlight.  In this post I’d like to touch on her role as Jessica Fletcher in Murder, She Wrote.  This week I want to examine the notion of writer as detective.

Murder, She Wrote is part of the CBS network’s broadcasting history.  Over 250 episodes were made and it dominated the schedules and the rankings for over a decade from 1984.  It’s protagonist was mystery writer Jessica Fletcher and each week she solved crimes beyond the wit of the police.  The show spawned a spin-off (The Law & Harry McGraw), several TV films and it remains astonishingly popular and still in syndication to this day.  At the heart of the show is the notion that a crime and mystery writer is able to extend their understanding of plot, character and motive to the solving of real crimes, in addition to their ability to drum up fictional ones. It’s a well trodden path as we’ve seen from our discussion of Truman Capote’s 1966 classic In Cold Blood. There are many others.

The 1931 real-life murder of Julia Wallace in Liverpool has been written about as extensively as the 19th century Jack the Ripper murders, such is its appeal.  In addition to the plethora of detectives and legal experts who have examined the case a clutch of crime writers from Dorothy L. Sayers to Raymond Chandler have also shown a keen interest.  Wallace’s husband was eventually convicted of her murder only for an appeal judge to overturn the verdict and save him from being executed.  P.D. James has long been fascinated by the case, referring to it directly in the Dalgliesh novel The Murder Room (2003) and using it as the inspiration for her 1982 novel The Skull Beneath The Skin.  In 2013 she claimed she had solved the case for real after an exhaustive analysis of all the evidence. Poor Julia had been killed by her husband after all.  According to P.D. James at any rate.

In a similarly exhaustive manner Patricia Cornwell developed an obsession with the real identity of Jack the Ripper.  In her 2002 book Portrait of a Killer she laid out her belief that the painter Walter Sickert was the true monster.  It may surprise you to know that she spent millions of pounds buying his paintings, letters and other personal effects as she developed her theory. The result was a commercial success but was widely panned.  My favourite example of writer as detective is Arthur Conan Doyle and his fascination with the George Edalji case.  Edalji was serving hard labour after being convicted of slashing and maiming several farm animals in 1903.  He always protested his innocence and eventually wrote to Conan Doyle to ask for the writer’s help.  What followed was an all out assault by Conan Doyle on the failings of the original case which led ultimately to Edalji’s innocence being proven and to the foundations of a legal appeal system in the UK. The story is well known and well chronicled and should you be further interested it also forms the basis of Julian Barnes’s 2005 novel Arthur & George.

If you think about it, all Murder, She Wrote did was twist this concept.  If real writers could turn their hand to solving real crimes, why couldn’t fictional characters do the same?  As often happens though, what broke the mould eventually become the model-du-jour. It is now a popular tactic with television shows such as Castle pitching a male mystery writer with a female NYPD sidekick.  A well trodden formula with the added advantage of romantic tension.  ABC have made about 150 episodes of it thus far, so the model has clearly got longevity. But just because the model works doesn’t mean anyone could do it. There are many terrible examples of both real writers who have tried to solve real crimes, and fictional ones attempting the fictional equivalent.

After lengthy consideration plans to relaunch Murder, She Wrote were finally dropped last year. NBC had intended to cast Academy Award winner Octavia Spencer in the lead role, and transform Jessica Fletcher from mystery writer to hospital administrator. Octavia Spencer is a fine actress. But Angela Lansbury is Jessica Fletcher, despite not being first choice. This was a role that Doris Day turned down before Lansbury signed up.  She went on to garner more awards and nominations for her portrayal of a single character than most actors earn in a lifetime. But Lansbury isn’t most actors. Not all writers can be detectives, just as not all actors can be successful across multiple mediums and genres.  In an astonishing career she won a staggering number of awards for roles that span film, television and the stage. She deserves her Olivier Award.  As does Spacey. What a trail he has laid for others to follow.  We’ll expect every Hollywood star to be able to rescue and stabilise ailing theatres.

Underestimate at your peril that which you do not understand, but that precedent suggests you could. And stick the television on. I guarantee you won’t need to wait long for a re-run of Murder, She Wrote.