It’s time to play the music 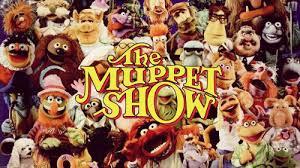 Can you recommend a book or a course that will help me learn about storytelling?  I get asked this a lot.

So often in fact that I’ve decided to write this post which will henceforth be my go-to reference for all future questions related to the art and craft of writing or telling stories.

Just watch a few episodes of The Muppet Show, or its reboot Muppets Tonight.  It will teach you everything you need to know about how stories work.  No, I’m not being flippant. I’m deadly serious. The Muppet Show, and in fact anything related to the entire franchise is rock solid when it comes to storytelling.  It has all of the right ingredients.  Let’s take a closer look.

The franchise didn’t just lead to books, feature films and spin-offs, it laid a foundation for many other shows.  Ricky Gervais nods to it with regards to Extras (the special guest). Tina Fey has openly acknowledged the influence of the Muppets on her creation 30 Rock (live TV).  Once you start to look you’ll find similar references everywhere.  Drop the Dead Donkey is a good example from British television.  Each week they would get ready to go live to the newsroom and each week something would go badly wrong.

By all means, read books and go on courses.  They will teach you things about writing and storytelling.  But first, go on to YouTube and start watching Muppets clips and episodes.  All you’ll ever really need to know is in those videos.