Catch me if you Cannes 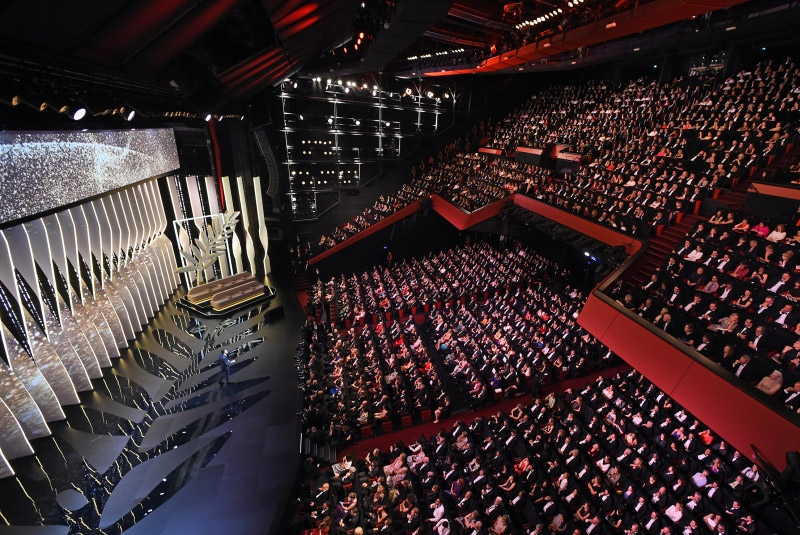 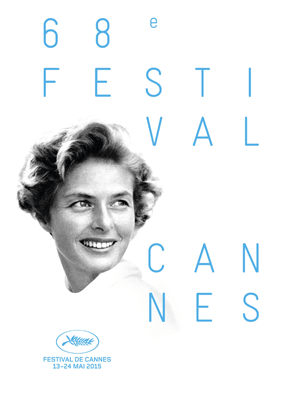 As one festival closes another one opens. Over the weekend the door slammed shut on the 68th Cannes Film Festival which had opened in style with a heartfelt tribute to Ingrid Bergman (see the photo left). Overlapping slightly with the opening of the Hay-on-Wye incarnation of the Hay Festival (yes there is more than one of these events, three alone in South America) it is impossible at times to catch your breath. Typically the previous year’s winners at Cannes go on mainstream release in the packed period between the Academy Awards and the following year’s Cannes festival.  Once that is done the world turns its attention to the Hollywood summer-blockbuster season. With the frenetic pace it is easy to see why a brief sojourn to Hay-on-Wye appeals. I will return to more literary matters in future posts but this week I wanted to draw breath from Cannes by looking at some of the iconic films that have walked off with its top prize.

This year the main competition jury had two presidents, the first time in its history that this had occurred.  The presidents, Joel and Ethan Coen need little introduction and you can see why the festival chose them.  They drip with Cannes history. Their 1991 film Barton Fink walked off with the Palme d’Or, along with the awards for Best Director and Best Actor. It is stuffed full of Roman Polanski influences, not least from his 1964 film Repulsion, which debuted at Cannes. Five years after Barton Fink, Joel Coen picked up a second Best Director award for Fargo. This year the Coen-led jury awarded the Palme d’Or to Dheepan a film by French director Jacques Audiard and this got me thinking about previous winners of the main prize which has existed in various forms since 1939, though not always as the Palme d’Or. What follows is a short list of three exceptional films to have claimed the award.  All of these films have been lodged with the US National Film Registry as being, in their words, culturally, historically, or aesthetically significant.

Film festivals are interesting things to observe particularly when it comes to prizes.  Prize giving is fraught with danger. I mean how do you judge art? I’ve argued long and hard in these pages that the value of a piece of fiction is whether it finds an audience and not how it gets there. Similarly, films don’t need to tell sweeping stories that change our perspective on complex issues. They can be fun, funny and downright stupid and they will always find an audience.  In fact these films are what I crave the most when I have overdosed on ones that are deemed worthy, or brave, or intelligent.  The top 100 films of all time will contain, no matter who votes for the list, films I have no desire to watch. I may watch them as a keen student of film but I wouldn’t put them on for sheer entertainment value.  I think that critics crave something different too. Something that isn’t in any way intellectual, or artsy.  This is the reason that films like Toy Story and Airplane! have also been deemed as culturally, historically, or aesthetically significant.

Sometimes a film comes along that reminds us to look at everything with new eyes.  Two days before the Palme d’Or was awarded in 1994 Pulp Fiction debuted at Cannes.  Everybody had expected Red, the final installment in Krzysztof Kieslowski’s Three Colors trilogy to walk off with a glut of awards.  As the festival went on and Red won nothing the press assumed that Clint Eastwood, that year’s main jury president, was going to award it the Palme d’Or.  Instead he made an altogether different announcement.  Pulp Fiction did not get its first screening until two days before the jury voted and even then it had a early morning graveyard slot.  Barely 48 hours later its 31 year old director Quentin Tarantino was collecting the main prize.  The rest of the world had to wait another five months before it screened in theatres such is the lag in distribution from festival to big screen.  Whether you like the film or not, its significance is clear. The National Film Registry certainly thought so.

Whether any of the films that showed at Cannes over the last two weeks will still be talked about in several decades remains to be seen.  As the curtain closed on the festival over the weekend I watched Scarecrow starring Al Pacino and Gene Hackman. It was joint winner of the main prize in 1973, the year Ingrid Bergman was president of the jury.

I think it’s safe to say she’ll always be talked about.