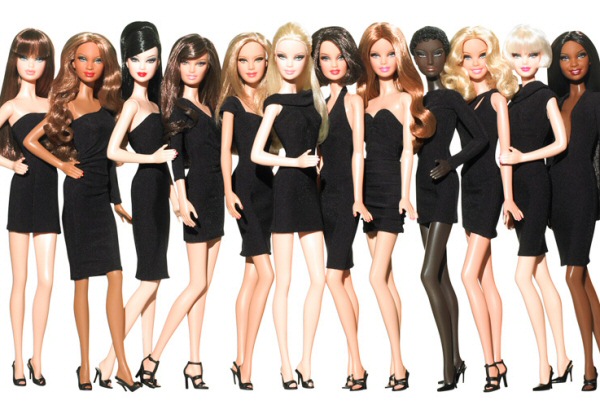 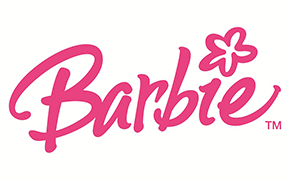 Barbara Millicent Roberts was born in March 1959.  She grew up to be a fashion icon. On her 50th birthday in 2009 she was given her own runway fashion show in New York.  She was dressed by Christian Louboutin, Calvin Klein, Vera Wang and…drum roll…Diane von Fürstenberg.  She split with her long-term boyfriend Ken Carson in 2004 only for rumours of a get-back-together to surface two years later.  Ken, it seems, had seen sense and ordered himself a makeover.  Barbara has dozens of pets, fast cars and plenty of bling.  She is as at home flying a plane as she is working as a flight attendant. She has appeared in books, films and commercials, and is known across the globe.  Not perhaps as Barbara Millicent Roberts, but more likely as Barbie.  Last month she was re-released. Again. Today I’d like to salute her.  She is utterly fabulous.  A global superstar, and, cover your children’s ears, a homicidal maniac.  More of that later.

Mattel, the legendary toy manufacturer, was so keen to protect Barbie and her legacy, that it initially refused to allow her to appear in the original Toy Story film as Woody’s girlfriend. Girls, Mattel argued, should decide for themselves as to what her personality was like. That’s actually a sensible notion.  However, her detractors had been building their own case against her since she was launched.  Her proportions are dangerous according to some.  They give children impossible targets to aim for, say others. She should be banned and forced to cover up, say actual countries.  When a version of her is released in a wheelchair, enthusiasts will measure the actual Barbie Mansion to see if the toy version will fit in the lift.  I’m being serious.  The Kardashians have less media attention.

Last month then, when a completely new set of Barbie dolls was released, it was a major news story.  All the fashion magazines and catwalk correspondents covered the announcements. Barbie is way more than a toy.  She is a phenomenon.  Estimates claim a Barbie doll is sold every second.  Last month Mattel moved to keep those sales buoyant by releasing a new range of Barbie dolls that featured over 20 different hairstyles and close to 10 different skin tones. Out went the thigh-gap and in came the Afro and darker skin. Give Barbie her dues.  She is always on trend.

If you’ve seen Jason Segel’s excellent 2011 reboot of The Muppets franchise you’ll know what I mean.  Miss Piggy appears, right on cue and bang on trend.  Louis Vuitton luggage, a first-class Air France ticket from Paris to Los Angeles, and Emily Blunt as her receptionist at Vogue Paris.  Take a bow casting director, that is genius.  So too is the performance Barbie gives in Toy Story 3.  Once Mattel saw sense and realised the commercial value of letting Barbie do her own thing the character took on a life of her own. Having missed the first film because Mattel was over-protective, she appears as a walk-on in the sequel, and then steals the show in the third. She not only acts her boyfriend Ken off the screen, she created the inspiration for some pretty dark stuff.   Be warned.  Click on the link that follows at your peril.  I believe the acronym is NSFW.

A year ago Canadian photographer Mariel Clayton produced a series of astonishing images featuring Barbie.  It is titled 12 months of a dead Ken.   If you dare then click here. If that doesn’t work then when you get home Google Serial Killer Barbie. If you can’t wait that long then imagine what the NBC show Hannibal would be like if Barbie were the lead character. That’s what I thought of when I first saw Clayton’s work.

However much Mattel wanted to bring her up to date, I am confident they did not have this in mind back in 1959. Whatever your preconceived notions of Barbie are I’d love to know what you think of Clayton’s work.  Personally I am a huge fan, but that’s because I believe passionately that characters belong to their audiences.  Their creators must let them live, let them breathe. Let them become something they never intended.  That is what makes them believable. Characters that conform to a corporate or social ideal appear less real, to me at least.

When Barbie re-appeared last month, in all her new glory, I raised a glass.  New hairstyles, new skin tones.  Good for her.  This is the Caitlyn Jenner generation.  We’ve already seen transgender Barbie, and cancer campaigners have successfully lobbied for a bald Barbie.  Why not a serial killer version?  Who says toys always have to be for kids?

So welcome back Barbara Millicent Roberts.  It isn’t easy making a comeback, but it’s great when you do.  Just ask Caitlyn Jenner.  Please take a look around.  The world might look a little different since you last saw it.  I’m glad the thigh-gap has gone but don’t feel you have to kill Ken off.  You could always ditch him for another woman. The kids would love you for that.

Come to think of it so would Miss Piggy. A transgender, same-sex-relationship toy.  Bang on trend.