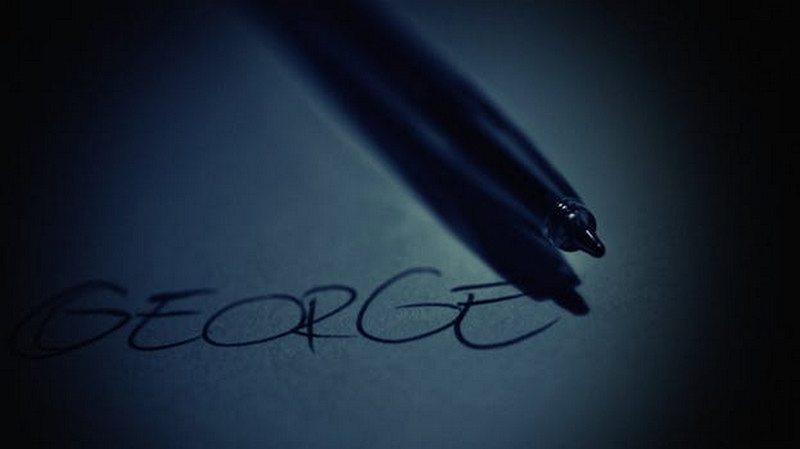 It is customary during awards season to reflect and remember those who have sadly left us in the previous 12 months.  Giants of the stage and screen leave us every year and the world feels a little bit emptier whenever this happens.  Inevitably the last 12 months have been no exception and today I’d like to reflect on two such giants.  Both called George and both in their 90s when old age called time, they both passed away during February.  Their contribution to film and television is extraordinary.  Their combined IMDb entries list over 270 acting credits from the 1950s until as recently as 2014.  They’ve appeared as iconic characters in iconic TV shows and films and they leave behind a towering legacy and a gaping hole.  They are George Gaynes and George Kennedy.

George Gaynes was born George Jongejans in Helsinki in 1917.  He died last month at the grand age of 98.  You may know him as John Van Horn from Tootsie (1982), Henry Warnimont from the 1980s NBC sitcom Punky Brewster, or from any number of roles in The Six Million Dollar Man, The Alfred Hitchcock Hour, Bonanza, Hawaii Five-O and Mission: Impossible.  If you were a kid in the 1980s you’ll probably know him best as Commandant Lassard from the Police Academy franchise. The original film was released in 1984 and it produced six other films and a TV spin off.  Gaynes appeared in them all.  During his career he worked with Sidney Lumet, Carl Reiner, Steve Martin, Mel Brooks, Dudley Moore and Sydney Pollack.  Little wonder then that when his life and work was excluded from the In Memoriam tribute at Sunday’s Academy Awards lots of people complained.  He retired from acting in 2003 but he has left a treasure trove of memories that will ensure his Oscars snub is quickly forgotten.

Also missing from the In Memoriam tribute was George Kennedy who passed away at the age of 91 on the day of the awards, too late for the In Memoriam montage.  Hopefully he will be front and centre this time next year.  For decades he dominated the big screen and his 1967 performance as Dragline in Cool Hand Luke opposite Paul Newman earned him a Best Supporting Actor Academy Award.  When you consider he was up against John Cassavetes (The Dirty Dozen, a film Kennedy also starred in), both Gene Hackman and Michael J. Pollard (Bonnie and Clyde) and Cecil Kellaway (Guess Who’s Coming to Dinner) the size of his achievement becomes clear.  In later life he turned to comedy, just as George Gaynes had done.  Between 1988 and 1994 he appeared as Detective Ed Hocken in The Naked Gun franchise, a role that earned him millions of new fans. For me though, he will always be “and George Kennedy”, a moniker I’ll come back to later.  First let’s look at the film he said he enjoyed making more than any other.

By any measure Charade (1963) is a classic.  Not just a crime thriller classic but a masterclass in filmmaking. Shot pretty much entirely on location in Paris, with an incredible score by Henry Mancini and a cast that contained James Coburn, Walter Matthau, Cary Grant, Audrey Hepburn and George Kennedy you can see why it would be one of his favourites.  It is definitely one of mine.  It was directed by Stanley Donen (On the Town, 1949, Singin’ in the Rain 1952) and written by Peter Stone (The Taking of Pelham 123, 1974).  Everything about it is stellar, particular Hepburn’s all-Givenchy wardrobe.

Flushed with acting success in the 1960s Kennedy was a mainstay of action films in the 1970s.  Particularly disaster films.  In the 1970s some of the best disaster films ever made were released, and Kennedy was in most of them (although sadly not in The Poseidon Adventure, 1972 or Towering Inferno, 1974).  Between 1970 and 1979 Kennedy starred in the four iconic Airport films, each time reprising his role as Joe Patroni.  His importance to the franchise grew with each film and in each opening credit sequence his name moves further to the back of the list where it could stand alone as “and George Kennedy.”  Lazy Sunday afternoons are still made exciting by those three words.  If they appear on screen then do not switch off.  You are in for a treat.  In between the Airport films he found time to make Earthquake (1974) and Death on the Nile (1978).  He was still working as recently as 2014 when he appeared in a remake of The Gambler.

Both men leave enough of a legacy for dozens of lives.  Raise a glass to George Gaynes and George Kennedy. In fact raise the whole damn bottle.